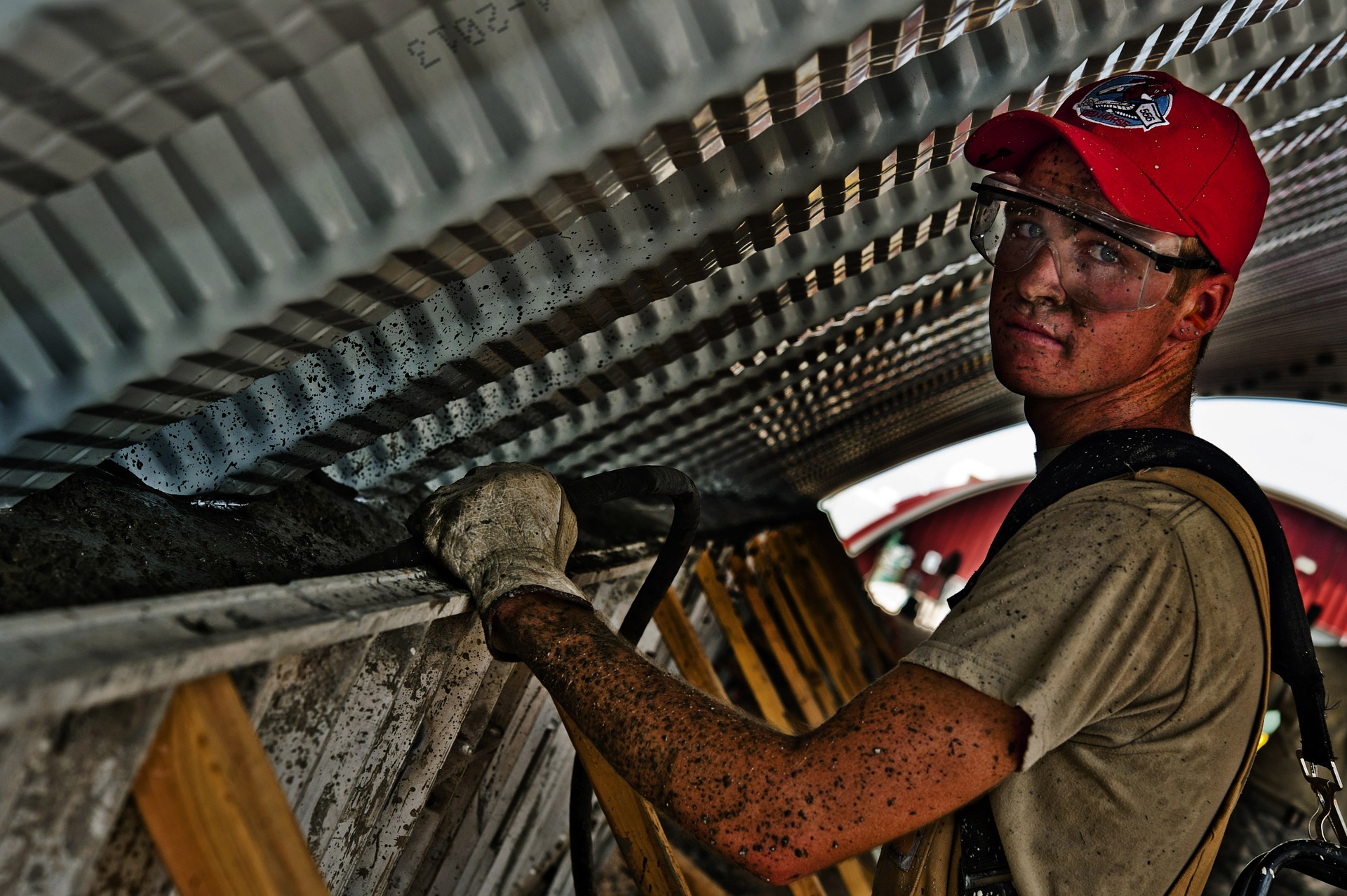 Training for safe confined space entry is lacking for many companies. Often times, a third party contractor is brought in to provide a safety seminar or short training. This is simply not an adequate amount of training to properly prepare workers for rescue procedures and confined space entry.

Confined space deaths are the leading causes of multiple-fatalities in the workplace. The reason for this is typically a lack of information about the confined space, and then when things go wrong, the would-be rescuers are woefully unprepared for the rescue. Not only is their equipment either lacking or ill-maintained, but there is typically little training in the way of rescue procedures and safely using such equipment. One of the most important aspects of preparation is having a set contingency plan should something go wrong. Time is of the essence in these situations and in many situations, the person in need of rescue is temporarily immobilized or unconscious.

Most Common Causes of Death in Confined Spaces

One of the most common and dangerous confined space hazards is a toxic atmosphere. A toxic atmosphere is any area in which there is a significant danger to the person entering without protective gear of supplemental clean air. These airborn hazards can cause confusion and loss of consciousness. One example is loss of consciousness due to lack of oxygen—which is a hazard that is not immediately obvious, thus more dangerous. This could be avoided by being able to quickly access permit data online.

A toxic atmosphere typically refers to poisonous gasses or hazardous substances that have been left behind or have made their way there through seepage. A particularly dangerous atmosphere is one that has been enriched with oxygen, thus making the atmosphere highly flammable should any combustible objects or substances be lying around. Of all of the atmosphere related deaths, the vast majority of them were attributed to hydrogen sulfide or carbon monoxide poisoning.

Lastly, a simple but overlooked hazard is merely heat. If the space is not well ventilated and temperatures are exceedingly high then the loss of consciousness by fainting or heat-stroke can occur, especially when you consider how most gear is not particularly good at regulating temperatures.

Statistics such as these deeply influenced the creation and maintenance of our product, the Safety Sense Management System. With Safety Sense, workers can quickly gain access to permit-required confined space information. Information such as what type of atmosphere is present in the space, if there are any hazards and what hazards are present. Arming yourself with information is key to preventing any workplace injury or fatalities. For example, knowing a permit-required confined space has no ventilation and high temperatures will allow workers to plan their trips better. What gear to take, how long they are allowed to stay there before exiting as well as establish a rescue protocol or contingency plan in case things go wrong.

Even more importantly, Safety Sense will aid you in being OSHA compliant and filling out all the necessary paperwork electronically. Not only will this tool make information dissemination among your team faster and safer, but it also can help save the lives of other crews who can access this information online should you find any new developments in a confined space. 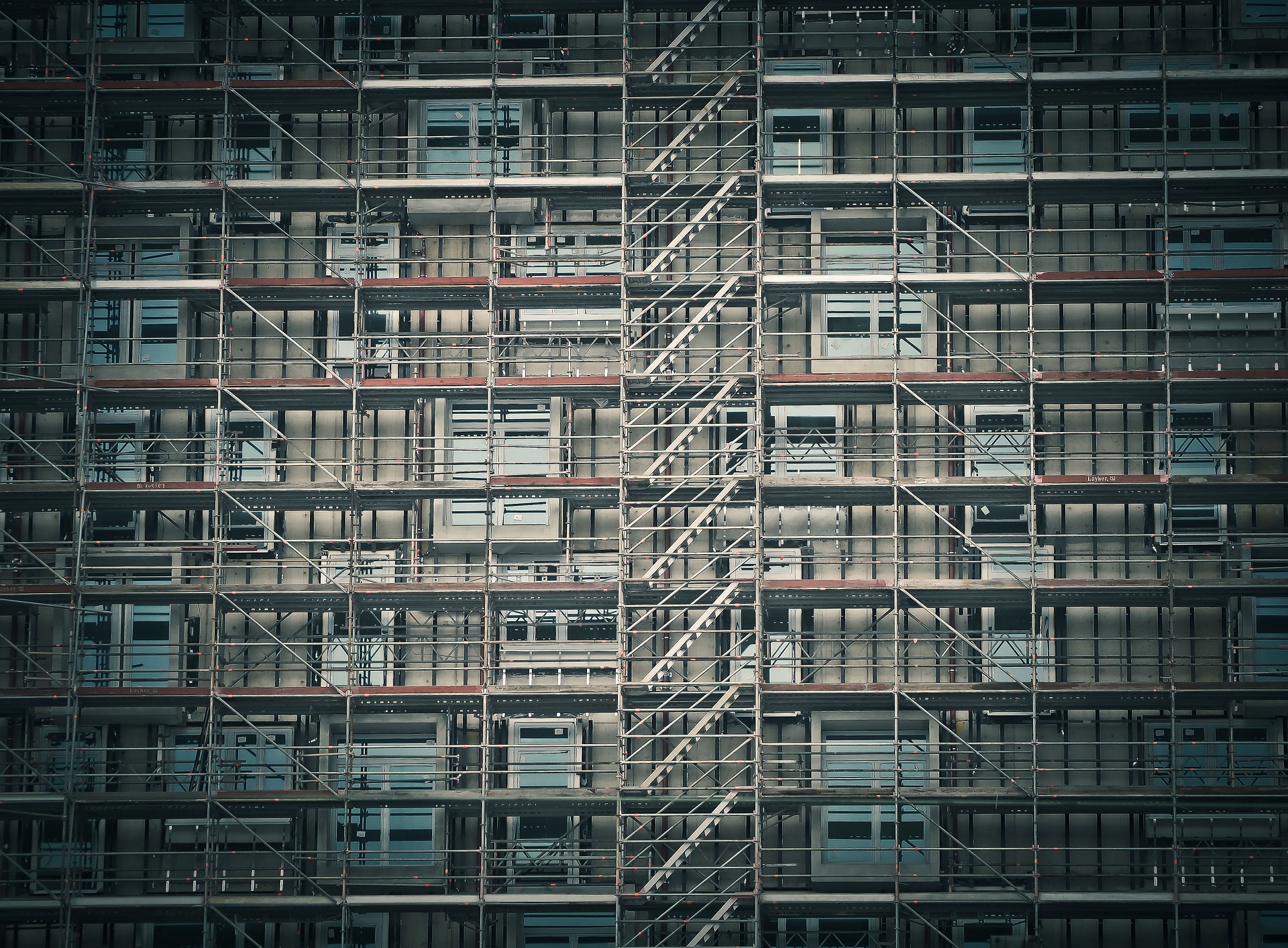 According to OSHA, out of the 4674 worker fatalities in 2017, 20.7% of them were in construction and 166 of them are due to improper confined space entry. That works out to about 1 in 5 deaths being in construction. Construction is one of the most dangerous jobs ordinary Americans can work, but it does not have to be. With proper compliance with OSHA standards, hundreds of lives could be saved every year. OSHA states that eliminating the top four most common violations in construction would save an estimated 582 lives per year. It does not help that OSHA health inspections in construction were only 1/3 of what they had performed in other industries. By the CPWR’s (Center For Construction Research and Training) findings, the inspections only accounted for less than seven percent of total inspections.

Here are the most common OSHA workplace violations in construction

Falls, they account for nearly 40% of all total deaths in construction. Fall-related deaths are increasing in 2019. The CPWR cites in its main findings that the post-recession boom of construction jobs is outpacing the current implemented plans on information dissemination regarding safety. Smaller companies that are cropping up are failing to comply to OSHA standards or making simple mistakes that result in fall-related deaths due to negligence. Such mistakes are simple safety errors regarding equipment or objects in the environment. Here are a few tips to avoid falls at work:

Construction workers erect the buildings we see day to day, it is only natural that falling is the most common cause of workplace injury or fatality. If a majority of workplace deaths are fall deaths, then it stands to reason that scaffolding safety is perhaps the first and most obvious place to enact safety protocols.

When dealing with scaffolding, first ensure that all scaffolds are fully planked and do not have gaps or awkward portions jutting out which could potentially trip workers. You trust your life to scaffolds, so be sure to inspect them before use every single time. Scaffolds are not storage areas, do not overload scaffolding with materials that could cause splintering or fracturing which could create uneven terrain.

You would think something as one dimensional as a ladder would not be the cause of so many violations, but it is perhaps the simplicity and the sheer utility of the ladder which lends itself to that. Ladders are used in simple actions where you need that bit of extra reach. In many instances where something quick and minor needs to be done, many workers will forego the diligence to grab the right ladder for the job and instead will utilize a ladder that is not the appropriate size for the job. In many instances, workers will use a shorter ladder than what they require and will mistakenly believe that simply having someone brace the bottom will be satisfactory for safety. This could not be far from the truth, as the person on the ladder will be stepped up too high or standing on top of the ladder itself causing a fall due to loss of balance.

Protective headgear is incredibly important no matter where you are. It is even more important if you are entering a permit-required confined space, where unsuspecting workers may be entering a low oxygen atmosphere and become dizzy or lightheaded—even pass out and sustain fall damage in that manner.

The SafetySense Management System is an easy to use cloud-based application that allows workers and supervisors to have access to work permit information without compromising security. The software will also allow you to view tracking data that contains any building information or photos of confined spaces. SafetySense Is used primarily to view and track changes to work permits and their related confined spaces. Being able to quickly find and assess this data is critical for workplace safety and safeguarding the lives of your workers. Visit our contact page or call us at 888-610-7767 to get your own cloud-based workplace safety solution.

OSHA requires atmospheric testing for evaluation of the hazards of the permit space and verification that acceptable entry conditions for entry into that space exist.

For the evaluation phase of the testing, the atmosphere of a confined space should be analyzed using equipment of sufficient sensitivity and specificity to identify and evaluate any hazardous atmospheres that may exist or arise, so that appropriate permit entry procedures can be developed and acceptable entry conditions stipulated for that space. Testing results obtained during the evaluation phase get hard-coded on the entry permit and become the acceptable ranges required for entry into a particular confined space.

For the verification phase of testing, the atmosphere of a permit space which may contain a hazardous atmosphere should be tested for residues of all contaminants identified during the evaluation phase of testing using permit specified equipment to determine that residual concentrations at the time of testing and entry are within the range of acceptable entry conditions. Results of testing (i.e., actual concentration, etc.) should be recorded on the permit in the space provided adjacent to the stipulated acceptable entry condition. Testing results obtained during the verification phases and recorded on the entry permit must be maintained for a minimum of 1 year.

Through the use of SafetySense Management System’s patented and fully integrated functionality, atmospheric testing data, and the information specific to the monitor/equipment used to collect the testing results, is entered into the on-line permit or on the printed paper version of the permit during execution at a predetermined frequency and maintained for a minimum of 1 year post permit termination. Post permit termination, ALL atmospheric data collected can be downloaded via the atmospheric monitor’s data logging system, if applicable, and printed. The printed atmospheric monitoring data report can then be uploaded and stored with the terminated permit and all other associated data collected during permit execution for a minimum of 1 year.

OSHA requires that all personnel working in or around confined spaces attend and successful complete the level based training specific to the functional role(s) he/she may be performing. Examples of such functional roles are Attendant, Entrant, Supervisor, and Rescue Team Member.  The SafetySense Management System affords employers the ability to minimize non-compliant training vulnerabilities through the assurance of training program continuity for both internal employees and external contractors.

Safety Data Sheets (SDS) contain information that is critical to the safety and welfare of personnel working with and/or exposed to chemicals during a normal workday. Through the use of SafetySense Management System’s patented and fully integrated functionality, Safety Data Sheets specific to chemicals associated with a particular Confined Space(s) or Permit Required Confined Space(s) are managed and readily available for proactive review by personnel entering the area of potential vulnerability. 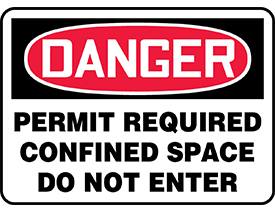 OSHA defines operating procedure as “a set of instructions having the force of a directive, overing those features of operations that lend themselves to a definite or standardized procedure without loss of effectiveness.” While Procedures are high-level and not intended to be all inclusive documents, they do serve as the foundation for support documents such as preplans.

In and of itself, preplanning is a proactive approach to identifying, mitigating and, when possible, eliminating hazards. The outcome of well-prepared procedures and a robust planning process is a preplan, a critical reference document used by ALL personnel performing work in areas where potential hazards exist.

Although Procedures and Preplans are standalone documents typically stored and maintained in separate binders or electronic systems, SafetySense Management System’s patented and integrated functionality allows for these important documents to be maintained in a system that is password protected and accessible by fully trained and qualified personnel, employees and contractors alike.